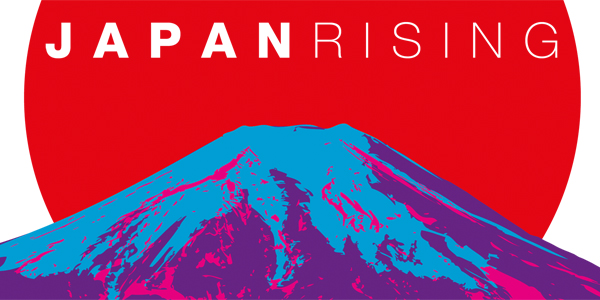 Here’s the big news we’ve been teasing for a couple of months. It Came From Japan is involved in putting on an official Japan showcase stage at The Great Escape festival in Brighton, England, in May!

JAPAN RISING will be held on 10 May 2014 at the Queens Hotel in Brighton, 12-4pm. We’ll have free sushi for everyone, and entry is free with a Great Escape festival wristband.

But here’s the best bit: the line-up!

Buffalo Daughter
Mayu Wakisaka
TarO&jirO This will be the first UK show in 13 years by Buffalo Daughter, who have long been active worldwide and have just concluded a well-received US tour.

Mayu Wakisaka has earned critical acclaim and songwriting awards around the world.

TarO&JirO, a pair of brothers who play grunge-influenced rock music on acoustic guitars, honed their craft in London before returning to Japan to sign a major deal.

All three artists will also perform separately later that evening with other international bands:

We’ll also have Tom Smith from Japan Underground on the decks, and sponsorship from Manga Entertainment UK.

So what is Japan Rising? It’s a big deal, that’s what. This will be the first time Japan has provided resources for a pop/rock showcase like this in Europe. The showcase is organised by The Foundation for Promotion of Music Industry and Culture (PROMIC) and Recording Industry Association of Japan (RIAJ), and coordinated by It Came From Japan. It is part of a remit to create overseas showcase opportunities for performers at Tokyo International Music Market; further showcases will follow.

Held annually in Brighton since 2006, The Great Escape is Europe’s fastest-growing music marketplace and consumer festival. This year, 400 selected artists from over the world will perform at 35 clubs around the city on 8-10 May. It Came From Japan put on a stage at the first five editions of the festival, but this is the first time Japan will have an official presence.

You need a festival wristband to get in to the showcase (sorry, TGE doesn’t sell tickets for individual shows). With a wristband you can also enter any other show at the festival, or just come to see repeat performances by our artists!

We’ll have more to announce soon. In the meantime, stick 10 May in your diary, get your TGE ticket and listen to episodes 34 (March) and 35 (April) of the It Came From Japan podcast to hear interviews with the artists. See you in Brighton!